Real Madrid is full of doubts, as they face offensive powerhouse PSG. With the BBC back, Isco and the 442 seem to be putted aside by Zidane, and French coach should rather go 4-1-4-1. Madrid’s defensive balance has often been precarious in this organisation. 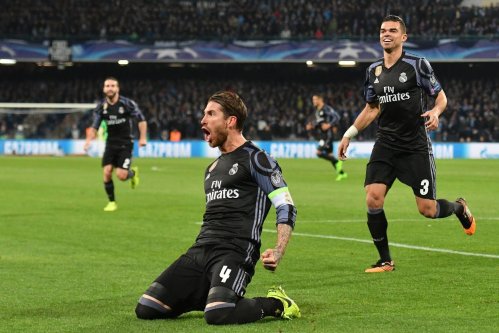 Ramos’ joy, as he qualifies Madrid in Napoli after a difficult night for Los Blancos

Double crown European Champions Real Madrid has often at the edge, on the way to this historical achievement. In Naples, when Mertens hit the post at 2-3 aggregate. In Munich when Vidal sends his penalty in the stars, as the score was 1-0 in the first half of the first tie. Even in the 2016 final, Madrid didn’t resist Atletico’s positional play, as they conceded a penalty by Pepe, then a goal by Carrasco on open play.

It’s Madrid’s DNA: With so much creative talent on the pitch, defensive balance is often precarious. END_OF_DOCUMENT_TOKEN_TO_BE_REPLACED